is used to adjust the brightness (tonal range) of the image. It makes possible to adjust the contrast not only in the entire image but also selectively. 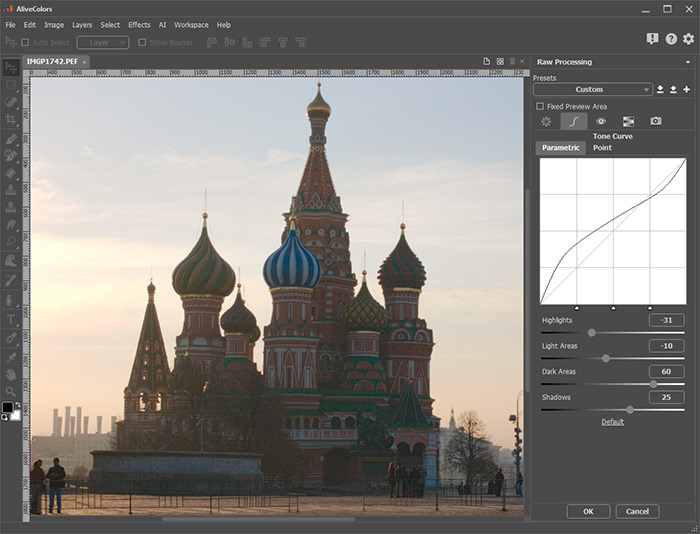 By default, the curve is a straight line at a 45o angle and does not reflect any changes. The initially specified input tone values completely match the output values.

The tab contains two curves: Parametric and Point. The settings for each curve are adjusted individually.

The Parametric Curve allows you to gradually change the brightness of certain areas of the image. The curve can be modified by changing the following parameters:

The parameters Light Areas and Dark Areas mainly affect the middle area of ​​the curve. Changing these parameters affects the mid-light and mid-dark areas of the image.

The parameters Highlights and Shadows affect the extreme values ​​of the curve. Changing these parameters affects the lightest and darkest areas of the image.

Each parameter affects a specific area of the curve. To expand or narrow the range of a particular parameter, you can use the separators located on the horizontal axis of the graph. The division into areas goes from left to right from the darkest to the lightest area. 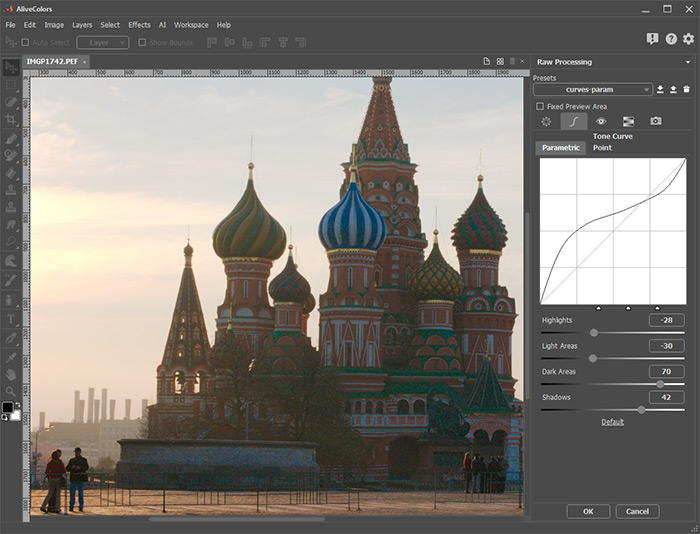 Using the Point Curve, you can finely adjust a certain range of brightness. The curve is modified by setting and moving control points.

In the Curve list, you can select one of the standard curves that affect the brightness of the image: Medium Contrast or Strong Contrast. When adding points manually, the name in the list will change to Custom. If you select Default, all added points will be deleted, and the curve will be reset to neutral/linear.

For each point of the curve, the Input and Output brightness values ​​are displayed under the graph.

The input brightness values ​​are arranged horizontally; the output values are arranged vertically.

The curve will change if you drag one of the control points. If there are not enough specified points, you can add extra points in any parts of the curve by clicking on it with the left mouse button. To remove an extra point, right-click on it. 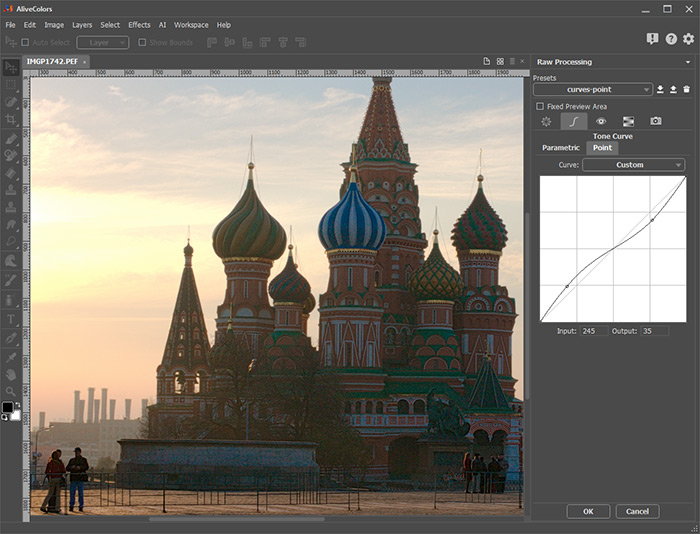 Note: When modifying both curves, their impact is cumulated.